Come be a part of the adult studies community at the Pasadena Conservatory of Music.

In addition to individual instruction on all instruments, PCM has a vibrant and growing slate of group classes, ensembles, and music history and appreciation offerings for adults.

Click on individual departments below or call the PCM office at 626.683.3355 for more information.

PCM offers a number of opportunities to perform with other musicians. Please call 626.683.3355 for more information.

All are welcome to join the introductory course to ukulele! With classics from Broadway to favorite jazz standards, students will learn the basics to be able to perform these timeless tunes.

Intermediate and advanced students will continue learning accompanying techniques and song arrangement and build upon their music skills through strumming and plucking patterns, advanced chords, and performance etiquette.

Cantare Chamber Choir is an amateur choir for mixed voices (SATB) that aspires to the highest levels of musicianship and performance standards.

This audition-based choir welcomes broad participation from the community. The repertoire is varied with a core of serious choral works.

Glee Club members will learn about proper vocal health, choir etiquette, and how to read music through the study of solfeggio and ear training. The club will venture through various genres of choral repertoire including classical, contemporary, jazz, and musical theater! Come one and all to experience the joy of singing in a choir!

Students will play soprano, alto, and tenor recorders in small consorts, with an emphasis on individual musicianship within the ensemble. Students will explore music written and arranged specifically for the recorder, from early music of the Renaissance and Baroque to contemporary arrangements of popular music.

Open to students of all levels. In addition to practicing technical exercises and ensemble skills, students will explore a wide range of repertoire from the medieval period to the modern day. A nylon-string classical guitar is required and a basic understanding of notation and reading ability are recommended.

“Every ensemble needs a flute,” says instructor Barbara Mullens-Geier, “but all instruments are welcome.” This adult ensemble forms itself around students whose desire is to practice and perform music with others. Meeting times to be determined by the participants and instructor.

In the Adult Jazz Combo students will learn to play jazz and blues standards in an ensemble setting. This includes listening to tunes and learning about melody, arrangements, chords, scales, and jazz improvisation. Students are encouraged to bring ideas and questions to foster a collaborative environment.

In the Adult Jazz Combo students will learn to play jazz and blues standards in an ensemble setting. This includes listening to tunes and learning about melody, arrangements, chords, scales, and jazz improvisation. Students are encouraged to bring ideas and questions to foster a collaborative environment.

About Zoom and PCM Tech Support
Zoom is an easy-to-use video conferencing platform that allows “face-to-face” meetings and classes from the comfort of your home. At PCM, we have dedicated staff members that can help you get set up for the class via phone or email. If you’d like tech support please reach out directly to Stephanie Purschell.

Explore 100 years of Broadway history from the early days of the Great White Way to the hit musicals of today. Students will discover how style and content evolved to reflect modern society, and discuss characters, plots, and musical themes while referencing popular repertoire from the most beloved of musicals of all time.

This class explores the keyboard variation repertoire from the Baroque period through the 20th century. Representative works include variations by Bach, Mozart, Beethoven, Schumann, Brahms, Faure, Rachmaninoff, Gershwin, Bernstein, and others.

The Smithsonian Folkways collection of recordings, videos, and ephemera is a stunning resource for the curious music listener. Students will listen, read, sing, play, and experience instruments and sounds of many cultures through many different types of media and hands-on practice with culture bearers.

This class will follow the development of American Contemporary music and the emergence of a distinct American sound from 1900 to today. We’ll study how composers integrated elements as disparate as hymn tunes, counterpoint, jazz and popular music, atonality, polytonality, technology and experimental use of instruments to weave together the varied, colorful tapestry that is American Contemporary music.

Known as the “The Voice,” “The Chairman of the Board,” “The Sultan of Swoon,” or simply “Ol’ Blue Eyes,” Frank Sinatra (1915-1998) defied simple categorization. As an artist, he carved out a space somewhere between jazz and mainstream popular music. Equally complex and at times bewildering, his social and political life behind the scenes juxtaposed such extremes as a legendary association with the Mafia as well as progressive activism that aligned him with the work of civil rights leader, Dr. Martin Luther King, Jr. This course will explore the nuances of Sinatra the man and his music that spoke to millions of Americans in the mid-20th century.

Using The Royal Conservatory curriculum and materials, adult students will refresh their knowledge and expand their horizons through sequenced instruction in music theory. This enlivening and enlightening course is for beginners through intermediate singers and players, and will include the opportunity to discuss the way that music theory “works” on one’s instrument of study. The Royal Conservatory Prep book is required ($17.95). When I retired, I moved to Pasadena and my son said, “Mom, if you would learn to play the cello, we could have a string quartet!” My three granddaughters were taking violin and viola lessons at PCM, so I was already impressed with the quality of PCM’s programming and instructors. In December 2012, I began cello lessons. While studying music has its own intrinsic rewards, my cello studies have opened up a whole new arena of student experiences to share with my granddaughters. I strive to be a good “music student” model for them; and they, in turn, become my teachers from time to time. I have also discovered that one is never too old to begin a completely new challenge. 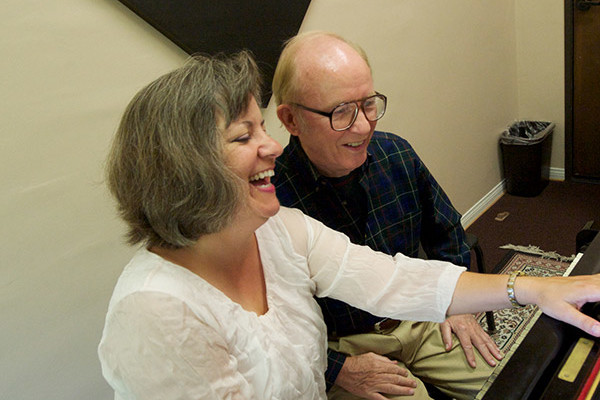 I think PCM is an organization that Pasadena needs. It makes a difference. I love my weekly piano lessons and want to help make sure the Conservatory can serve our community well into the future. 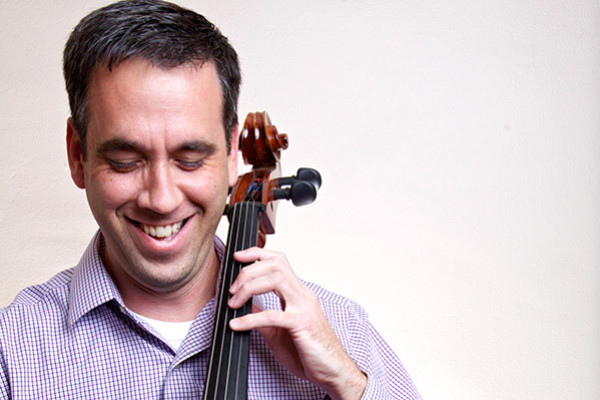 Cello has been the next chapter of music for me, having focused mostly on vocal studies in my high school and college years. While I decided to learn cello for my own development and enjoyment, the highlight has been sharing in my son’s journey in learning the cello at the same time. He has studied from a young age, but now we often practice and learn together. We have both advanced to the point where we can enjoy cello duets and trios with our instructor, in addition to our solo repertoire.

Join us!
Find out how to enroll